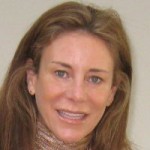 Lorena founded Bizworld in the UK to bring the entrepreneurial spirit that she is so passionate about to children in the UK. She is an experienced software executive with over 17 years international experience across the, US, South America and Europe. She has worked in a number of roles in Sales, Marketing, Business Development and Product Management for Oracle and a number of start up companies in Silicon Valley and Scandinavia.
She has a Marketing degree from UC Berkeley and a BA in Computer Science from Universidad de Belgrano in Buenos Aires. 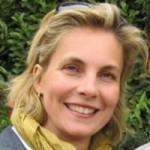 Agnès Berns leads our business development activities, managing the relationship with schools and sponsors across the UK. Previously, Agnès worked in corporate finance in a large French conglomerate, led her own market-entry consultancy for four years in Latin America and worked in UK-based start-ups. She has worked and lived across several countries including France, Argentina, and the USA, before settling in 2007 in London. Agnès holds a degree in International Trade from the Ecole Superieure du Commerce Exterieur in Paris and an MA in Marketing from the University of Leeds. 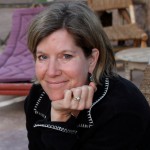 Kristin manages the localisation of Bizworld courses to suit the UK business and academic environments. She is responsible for teacher training and implementation of the courses in both independent and state schools Prior to Bizworld, Kristin had a longstanding career as a diplomat with the American Foreign Service, served in postings at the United Nations in New York City and to the U.S. Embassy of Sri Lanka and subsequently spent over twenty years moving around the world before settling in London. Kristin has a BA in International Relations from the College of William and Mary, Virginia and has studied French, Spanish and Mandarin. 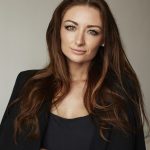 Laura currently runs a consultancy business providing strategy, marketing and branding services for tech start-ups and other innovative enterprises. Through her time working in Australia, China and the UK in the tech innovation space, including at one of the UK’s leading early-stage venture firms DN Capital, has developed a multi-disciplinary skill-set across Operations, Human Resources, PR and Social Media to provide businesses with clear, workable strategic and tactic direction and follow through from concept, roll out and expansion. 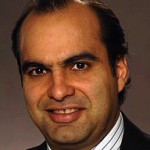 Nazar helped to set up and run Oaktree Capital Management’s London office. During his time there he was a portfolio manager of credit strategies investing in European companies.
Subsequently he has invested in and advises on a handful of early stage ventures. Nazar trained and qualified as a chartered accountant with Coopers and Lybrand. 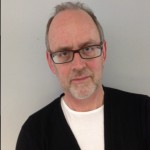 Steve is a director at StarcomMediavest , one of the worlds leading media agency networks , where he heads up LiquidThread, the agency’s content division.
Steve has worked in marketing communications since the mid 80s and has worked at some of the leading creative advertising agency networks , including Saatchi & Saatchi , AMV BBDO and  Euro RSCG in both client service and management capacities. He has also worked in the Middle East , both running and overseeing the acquisition of local agencies on behalf of Havas.